Festival mascot The Hog from Nibe Festival got a bit more edge to its look this year. And to celebrate that, he went drinking in Nothern Jutland – and that engaged the followers on social media. Thumbs up! 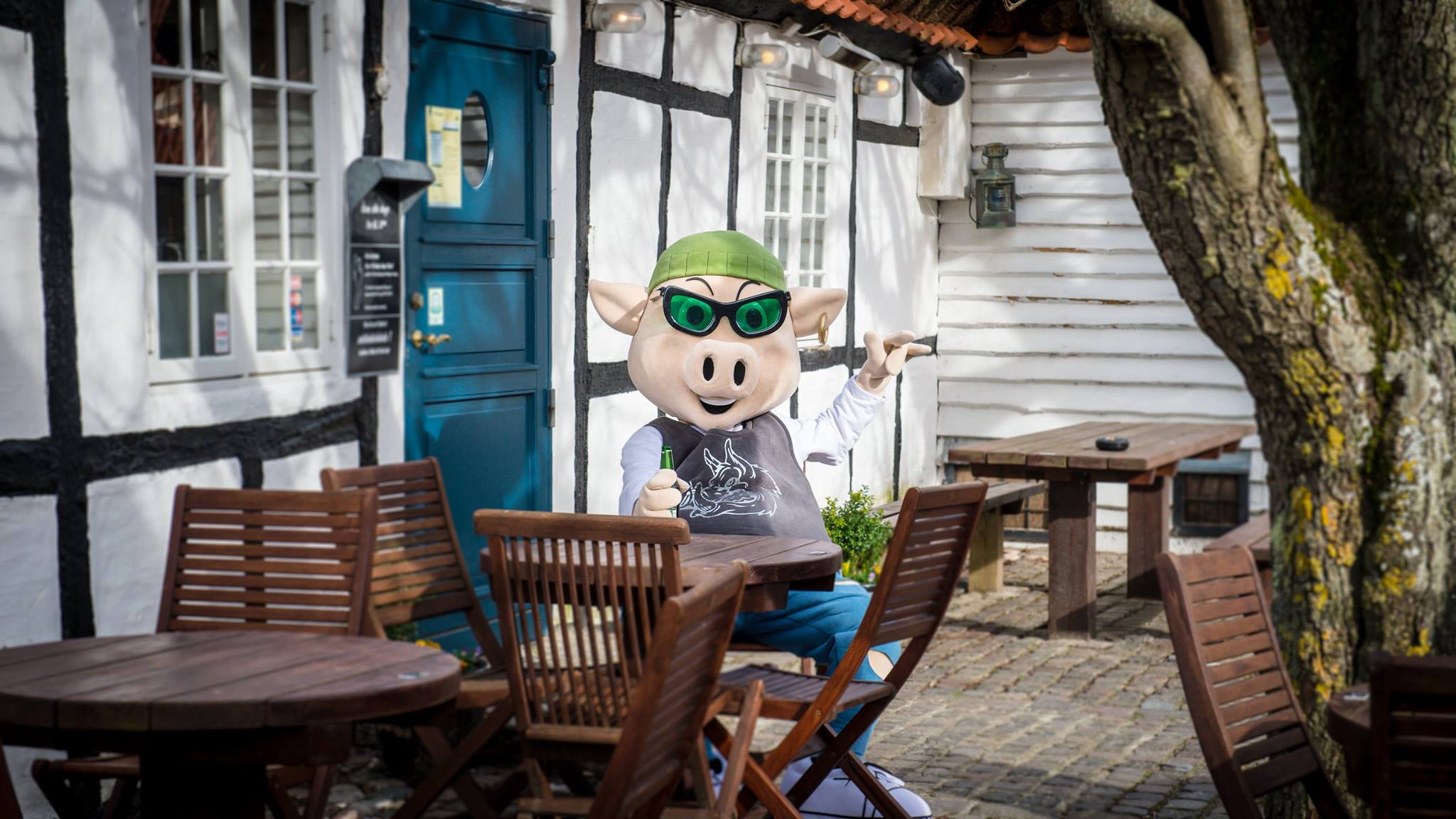 “Futten” in Blokhus was one of the places, The Hog visited celebrating the new look in March 2015.

In cooperation with the radio show Anne og De Herreløse Hunde (Anne and the Stray Dogs) on the local radio station ANR, Nibe Festival sendt the festival mascot “The Hog” out drinking. And the purpose? Followers on social media could guess the location and win tickets for the festival and son on.

It all happened, when the mascot got a relaunch with a new look. The look has a bit more edge and gets inspiration from a “roadie”-look. And we love the new side of the Hog, which we gave him!

The idea of sending him out in the region and people guessing where he is – it works. People engage, and it wouldn’t be half the fun, if it was a normal person on the pictures, posing at a bar in Northern Jutland.

By sending the Hog out to restaurants and bars – preferably with a beer in the hand – the mascot gets an identity, which is a bit more tough. The inspiration from the way an old school roadie looks fits right into the environment.