Viral mascots does the job #eyecatcher 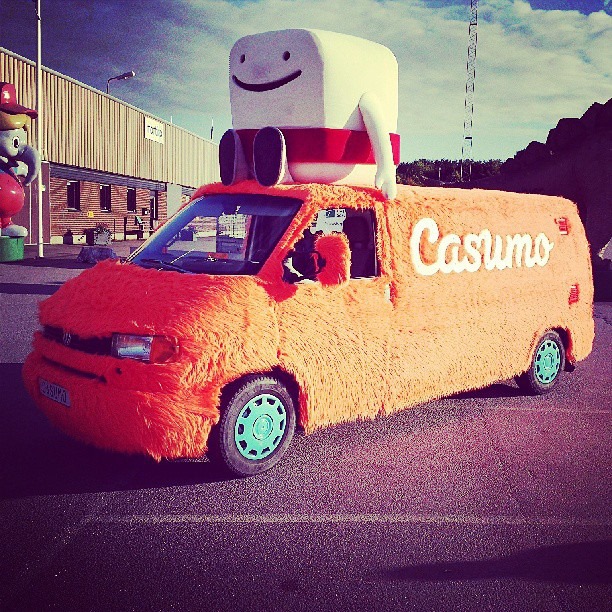 Viral mascots get lots of hits and get shared on the social media. The mascot for the Swedish casinoportal Casumo is a great example!

The mascot for Casumo gets alot of response and attention on Instagram, where picture on picture gets uploaded showing the large mascot and his plush covered car. It’s not a coincedence. Because viral mascots experience a great amount of success on social media.

Casumo usess their Facebook and Instagram profiles to profile themselves through their mascot – and it works. Pictures of the mascot gets uploaded on a daily basis on Instagram, where the response is great. The users on Facebook upload their own pictures of the mascot, which they have met.

It’s not just the business behind the mascot, who talk abouts it. A funny mascot costume have people share their experience. It’s a funny little thing in their day, which they want to show friends and followers on the social media. The Casumo mascot isn’t an exception.

The mascot for Casumo is produced by Bamsefabrikken in cooperation with the advertising agency Minnesota.