Bamsefabrikken developed and produced this viking mascot for the European Championship in Swimming 2013. The Danish Swimming Federation and Herning Kommune loved our idea for the mascot! 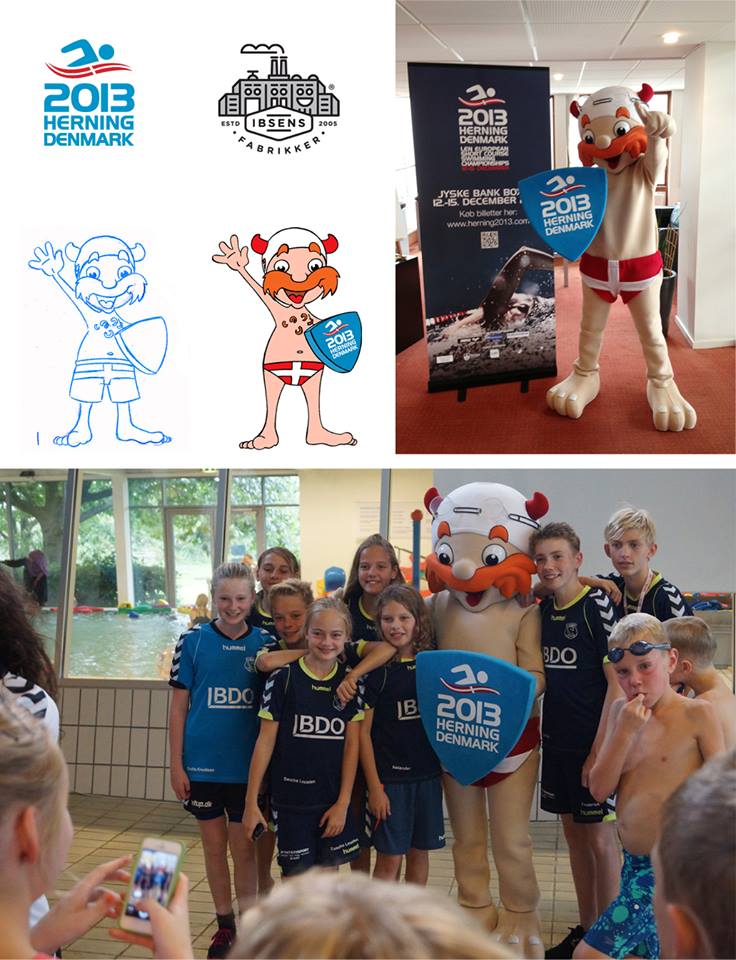 Bamsefabrikken have made a lot of mascots for sports clubs and sports events, but the mascot for the Danish Swimming Federation and Herning Kommune is one of the funnier ones. With a teaspoon of sarcasm and a bit of Danish humour, we made the mascot from scratch. It got a viking helmet and a pair of swimming trunks in Danish colours. The swimming viking is nothing like the athletes, and that’s the idea.

Our eyecatcher producers pitched the idea for the Danish Swimming Federation and Herning Kommune, and they loved the idea. The viking mascot came through, and it can be experience at the European Championships in 2013, which is held in Herning.

He has yet to get a name, but there’s a reason for that. The European Swimming Championship let their followers on Facebook decide the name of the mascot. With a set of tickets for the event on the line, they got a lot of creative answers.

Letting fans and followers decide the name of the mascot is a great way to involve the people in the universe of the mascot. It quickly develops to a feeling of “togetherness” around the mascot, when it’s cheering at the sport event.

It’s not yet decided, what its name is, but there’s a lot of creative suggestions. Harald Blue Tooth and Villy the Viking are a few of many.

Bamsefabrikken can design your mascot! Visit our website here.