A large helium balloon worked as a full moon, when Ambiente put focus on the harbour area at the week-long event Aarhus Festuge. 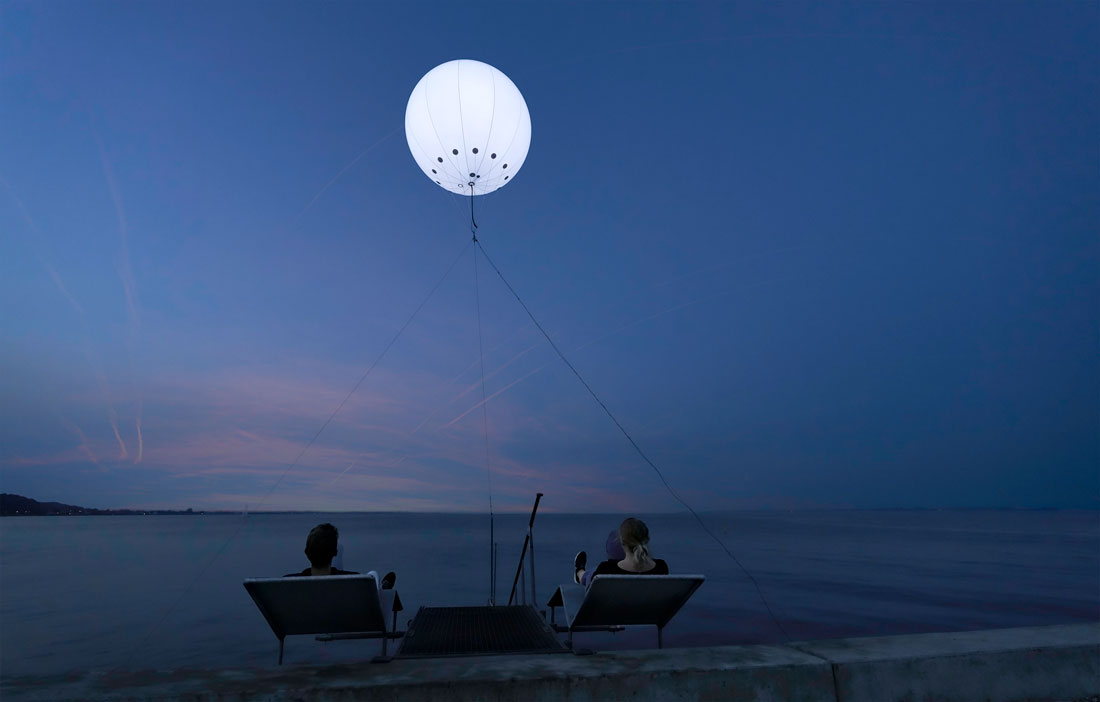 During Aarhus Festuge 2017, the project Harbour Magnet focused on the developing harbour area in Aarhus. The illuminated helium balloon helped doing that.

Ambiente creates fair and interior concepts, and the Harbour Moon project was just one of their attributions to the Harbout Magnet concepts at Aarhus Festuge, which was held in September of 2017.

The moon floats nine metres high and created an intimate environment to enjoy the harbour in Aarhus. Just like the other Harbour Magnets put cozyness into the areas close to the water.

We often produce large balloons, which work as creative advertising props. But this is an example of a balloon with no logo, text or graphics on it in order to deliver a message. It has a deeper meaning in itself and its settings.

"It's a major responsibility, but it's also fun. For me culture projects are a bit con amore, and I'm so glad and proud that Aarhus Festuge trusted Ambiente with this assignment."

The large helium balloon contains a whole seven bottles of helium. On this picture, you can see the balloon shortly after filling it with the last bottle of helium.

Are you considering a helium balloon for your event, fair stand or art installation? Get to know a lot more on these links: