Inflatable billboard for fairs and events.

We were approached by employees from UCN, responsible for marketing and development of the school, with a request for sensational eye catching promotion products for events such as career fairs and other events.

After a good conversation, it became apparent that an inflatable billboard and an inflatable igloo tent was the perfect solution for their needs.

In this case, an inflatable billboard and a tent seemed like the perfect solution because of the promotional way to advertise at events and fairs. This kit makes that a lot easier and a lot more effective. The billboard and the tent draw attention from bypassers. 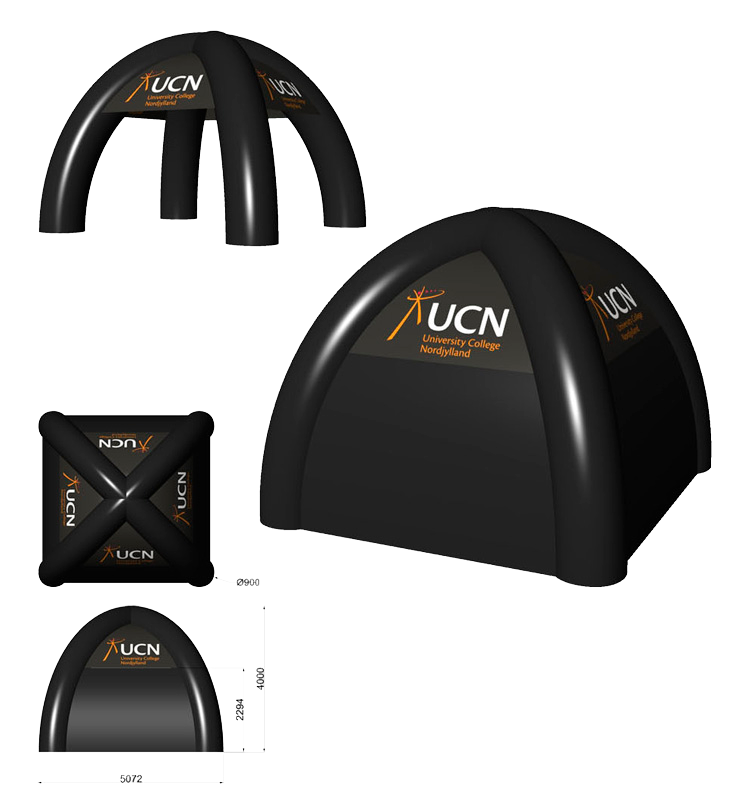 Then we began the process of planning, discussing and illustrating.

Ibsens Fabrikker always sends out 3D designs for approval, so our customer, can approve or possibly make changes in the design.

An inflatable billboard, such as the one UCN have purchased, has an interchangeable design which merges on the billboard skeleton.

It makes it possible to change messages, sponsors or similar thing on the billboard. The billboard becomes a one time cost this way.

"When we became aware of products from Ibsens Fabrikker, it was not far from thought to action. Here were the unique products of the right quality that would provide the attention we need. We have just started using these products, and we have already obtained much positive feedback both internally and externally. The list of colleagues who book products for use in their marketing work grows, and as user-friendliness is high with the products, they will be well utilized."