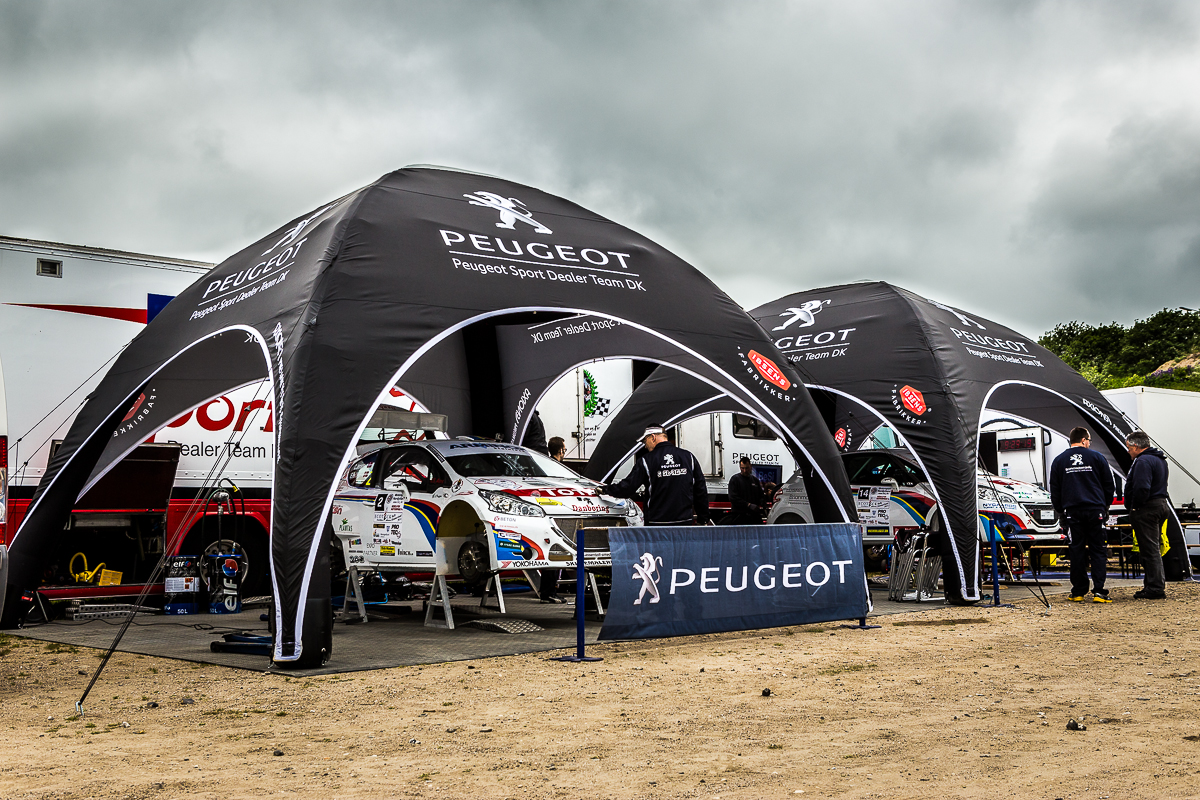 It was quite a race at Nysumbanen in Denmark. But not just on the lane itself. Peugeot Rally’s unique event tents was in front, when it came to branding and exposure.

The tents – which are called AXION tents – were used in several formation, combinations and variations. And at the same time, they were very handy as they brought Peugeot in front – when talking eye-catching. The well-known Peugeot logo was impossible to miss.

AXION is one of Ibsens Fabrikker’s most preferable kind of tents. When it comes to the inflatable kind. These tents are special in many ways, and they’re incredibly handy and practical.

They don’t need constant power, because they don’t have a fan attached. They’re closed units, which are completely silent, when they’re fully inflated. Ibsens Fabrikker’s AXION tents are highly usable before, during and after the race.

Most importantly each AXION event tent is unique and special made for every single customer. The logo, artwork and/or firm name draw attention in an effective and fantastic way. Exactly as you can see on the picture of the Peugeot tents above.

"Ibsens Fabrikker's AXION tents are highly usable before, during and after the race. We can remove the walls, when we work on the cars, and the people can, what is going on. And we can combine the two tents and close off the sides in the evening, when we want to be social and talk about the days race."