Demand peoples attention! Danish Center for Compulsive Gambling won the fight for the attention of the people passing, when they got their huge birds in fiberglass.

Some people avoids the facer, and others just refuse starting a conversation. And that’s why the Danish Center for Compulsive Gambling needed something to start the conversation and draw attention.

The two metre high statue was the perfect eye-catcher and the best icebreaker, when the center’s facers were out with their information in the Danish streets. People stopped, and the facers handed out their scratchcards with advice against compulsive gambling.

The greatest pieces of eyecatchers demand that people stop and take a look. They make people forget their plans and give in to the exciting eyecatcher. And that’s the icebreaker for you right there. 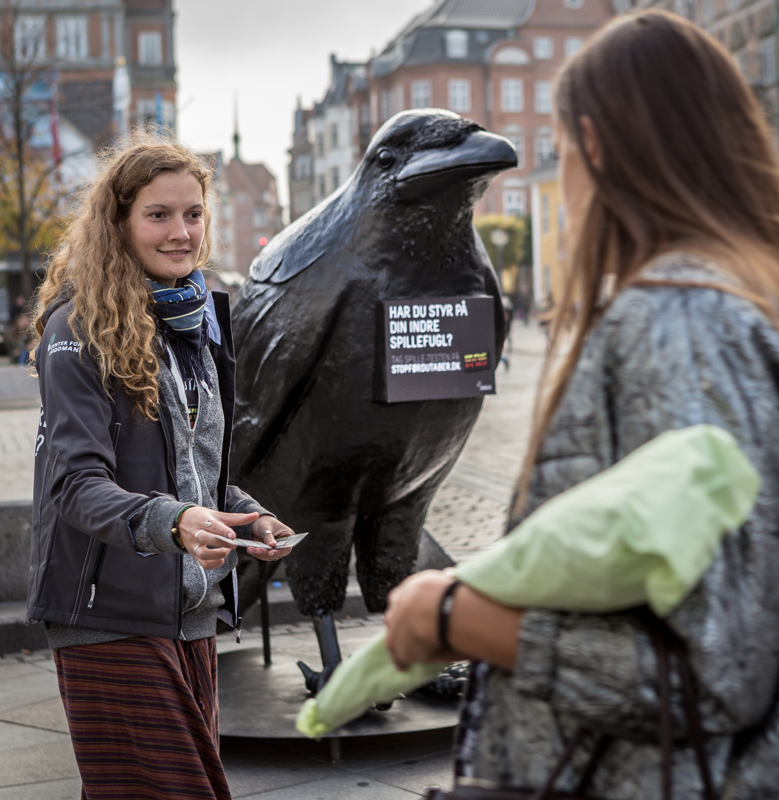 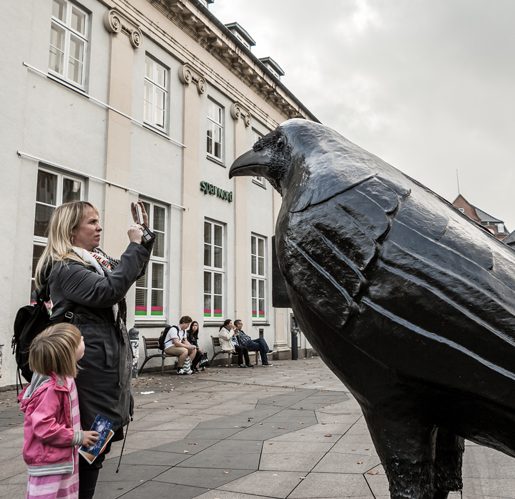 And if it works perfectly, people share in on social media like Instagram or Facebook. We’ve seen it over and over again. You don’t need to think in online marketing to hit on the internet. Just think about, what people will share.

The gambling bird in fiberglass got the attention, when the center visited Aalborg. Trust us, we know!

At Ibsens Fabrikker, we wanted to prove the potential in fiberglass effects as a unique campaign figure. Therefore we asked the bypassers in Aalborg, if they noticed anything special at Nytorv. They did.

"With our two metre high birds, we got lots of attention from people on the street, who stopped to admire and touch the birds. We were very satisfied with the process and the result, when we worked with Ibsens Fabrikker."

84% OF THE BYPASSERS, WE ASKED,
NOTICED THE BIRD AT THE CITY SQUARE IN AALBORG.

Want to stop people on the street? Let us help you!