Inflatable globe as a visual effect

The Trade Council is a sub-brand under the Ministry, and the visual expression should therefore support this. The new concept would focus on helping Danish companies to sell their products and know-how worldwide.

A world of words

In collaboration with the architects at Bysted they developed a visual concept, which was based on a huge globe in two variations. An inflatable globe that is 3 meters in diameter. The second variation is a massive rotating globe mounted on a foot. The globe’s world map is structured in words and phrases which are a mixture of The Trade Councils products, information about selected countries and issues that potential exporters should consider. 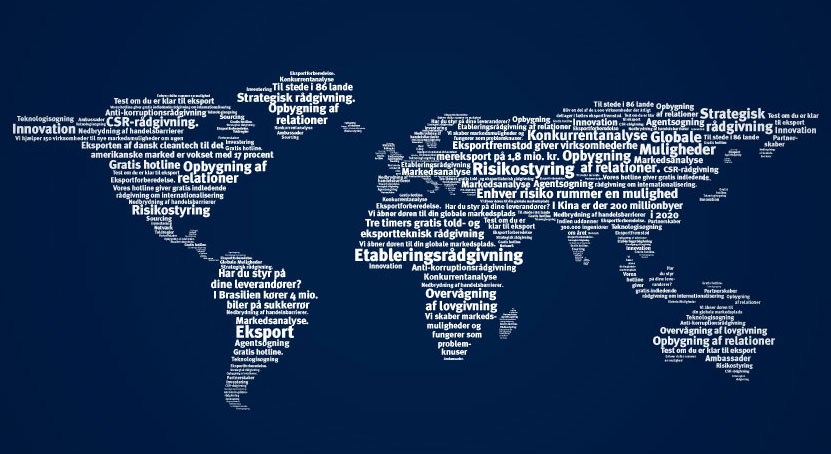 The concept has run in spring 2010 at the airports in Copenhagen, Billund and Aalborg. From mid September to mid December 2010, you are once again able to see the concept rolled out in the airports.

If you want to go out with a message, you need to think big, different and out of the box. The Trade Council has created something eye-catching with their giant globes. When a traveler waits in an airport, time can often be long.

Therefore it is an obvious opportunity for The Trade Council to place a message here, where many travelers are open and waiting to immerse themselves.

The inflatable globe is fenced in, so you can push it and study the many messages printed on the side. This has created much activity and attention wherever it has been placed in the airports. The ability to touch the giant ball has attracted curious traveler, both young and old.

Want us to help you with just the right inflatable product for your promotion?