Sonderjyske Ice Hockey Support approached us with a desire to produce an inflatable player tunnel to use in the club’s home games at the then newly built SE Arena in Vojens.

The starting point was a “standard” inflatable tunnel equipped with banners that could be replaced as sponsors acquired the advertising space on the inflatable player tunnel.

But it got a bit more creative. 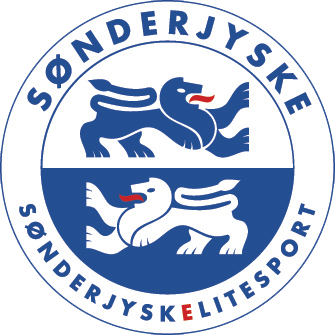 We decided to be a little creative and do things a little differently, and produce an inflatable eye-catcher that appealed to the supporters.

We agreed on producing a 5 metre tall inflatable hockey helmet, which SondejyskE players could skate through one by one, while the announcer mention their names again and again.

On each of the helmet sides we mounted a 3 metre tall blue lion,and a large, round SonderjyskE logo.

In addition,we mounted removable banners in 4 locations around the helmet. These banners were placed onto the velcro covered banner areas. It is a great idea. The hockey club can sell new sponsorships year after year, without having to buy a new inflatable play tunnel. 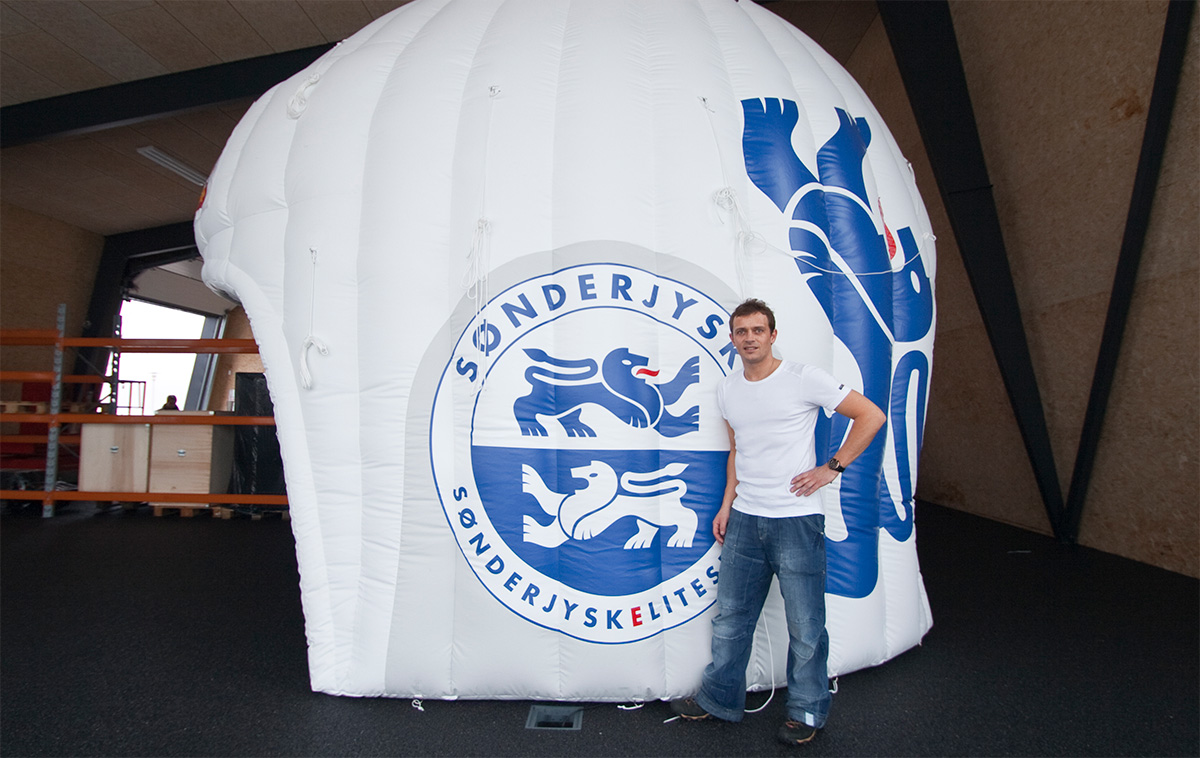