Mascot and plush toys interacted with the fans

Bikey was the official face of Euroroad17. The local municipality Herning Kommune cooperated with Ibsens Fabrikker to create the bicycling dog as a mascot and plush toys.

A mascot is much more than a costume. It’s a tool to create a universe, which is to be kept alive before, during and after an event. A natural addition could be plush toys with a key role in the prize ceremony.

That’s the case with Bikey, which Herning Kommune and Ibsens Fabrikker co-created. Bikey was the mascot for the European championship in road cycling. Before the championship, the mascot was used for warming up to the event in a way that caused fans and future audience to interact with the dog mascot.

In that way the audience could identify with the mascot and the plush toys that were everywhere during the championship. Bikey was made both as large and small. 2.000 small Bikey’s were sold as plush toys and used a gifts to the winning riders. That creates a well-composed universe combined with a good response on social media under the hashtag #euroroad17. 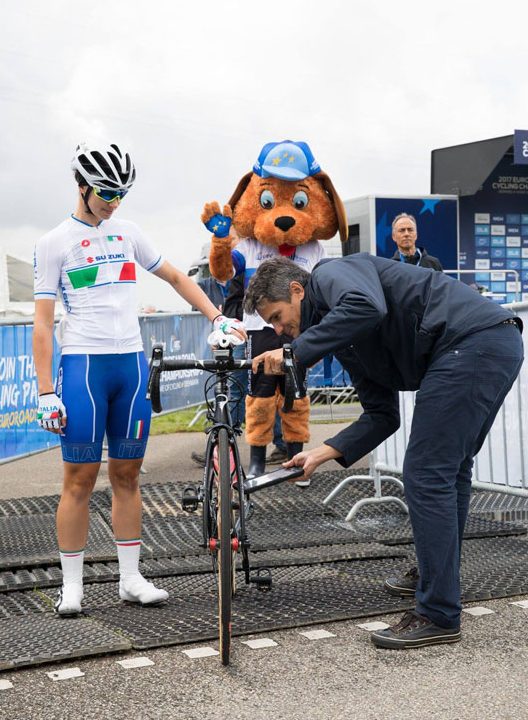