The sponsor of one of the biggest football clubs in Denmark needed branding. We made their logo become the center of an entire stadium just before kick-off.

As a sports club an inflatable jersey is a great and effective way to reach your fans. The locals know the looks of the shirt, which will draw their attention.

Which the five meter high AaB jersey did, when Ibsens Fabrikker manufactured it for Spar Nord.

The red and white stripes are a well known sign of the club in Northern Jutland and they can’t be missed, when the giant jersey is standing in the streets. It it very effective and it draws people to the place, where you place it. It can really give your event that special touch. People are almost forced to come closer and take a look on what’s going on. 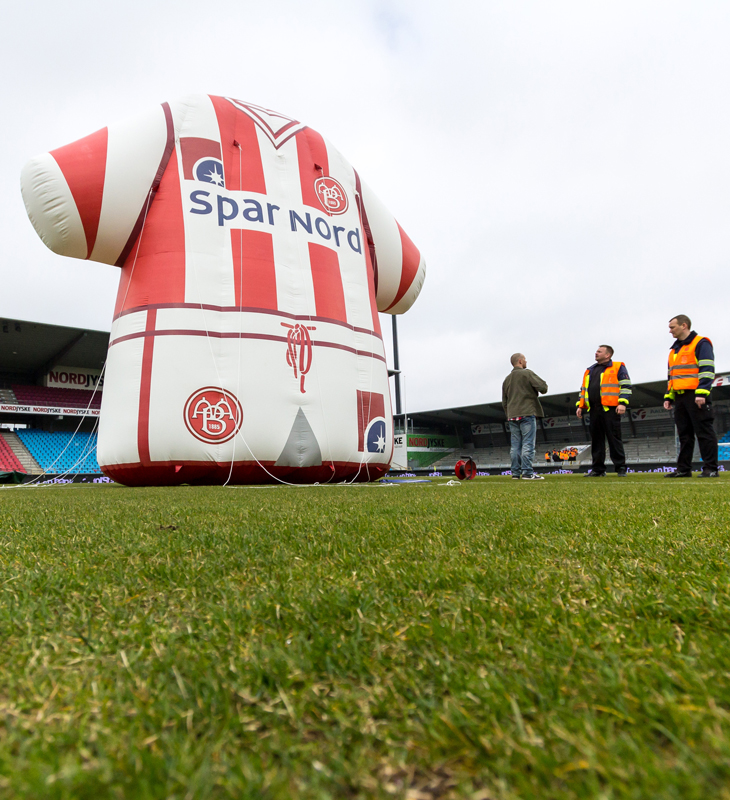 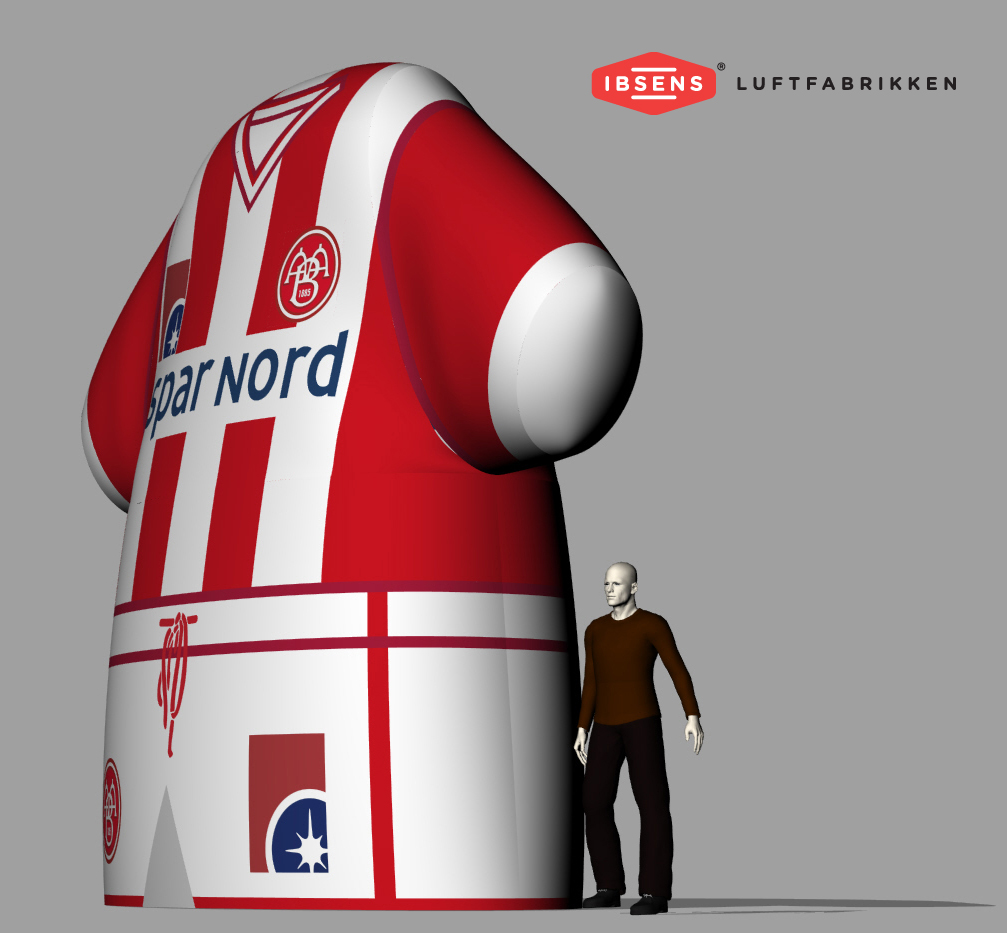 As any other product from Ibsens Fabrikker you’ll get a 3D visualization of your product before it goes into production.

Then we’ll start creating the perfect gimmick with your comments and thoughts in the backhand. That way we know what you want in your products look, shape and so on.

A jersey has a fantastic form for making an oversized inflatable, which made the AaB jersey easy to make in 3D after taking a look at the original shirt.

Do you represent a sports club, and do you
want to see your jersey as an inflatable advertising gimmick?