A well-known character from Danish television was

Eight metre tall inflatable figure figure. Cirkus Summarum is an annual event arranged by Danish Radio with the Danish celeb Rasmus Bjerg in front. It was held in Copenhagen and Aarhus in 2013, and with him he had all the well-known characters from the Danish TV childrens station Ramasjang.

One of the solutions for the cirkus was this giant, inflatable version of the character Bruno from Ramasjang. It was a hit among the children at the cirkus, and the bear drew all kinds of attention.

It wasn’t just Bruno, who were a hit at the cirkus. We also produced a My Little Pony castle, which got great attention. Especially from the girls.

Giant, inflatable figures might be a hit with the kids, but it’s also a hit with the cirkus personal. It is easy to put up and take down, when you need to go on. 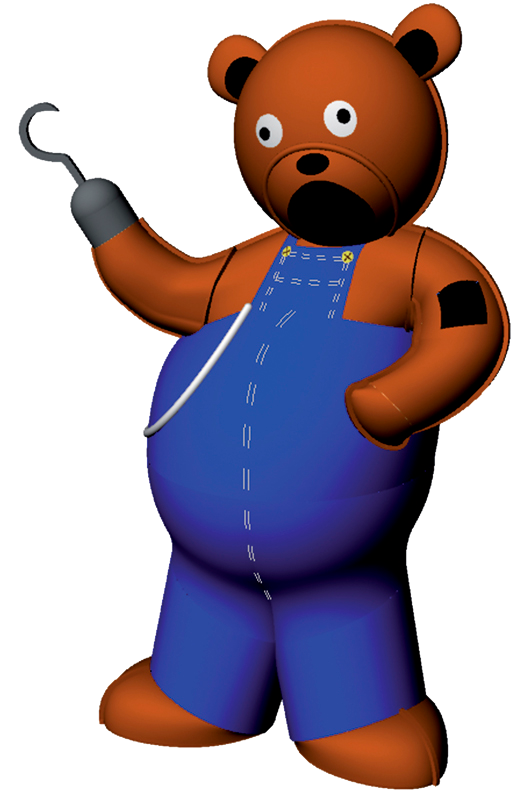 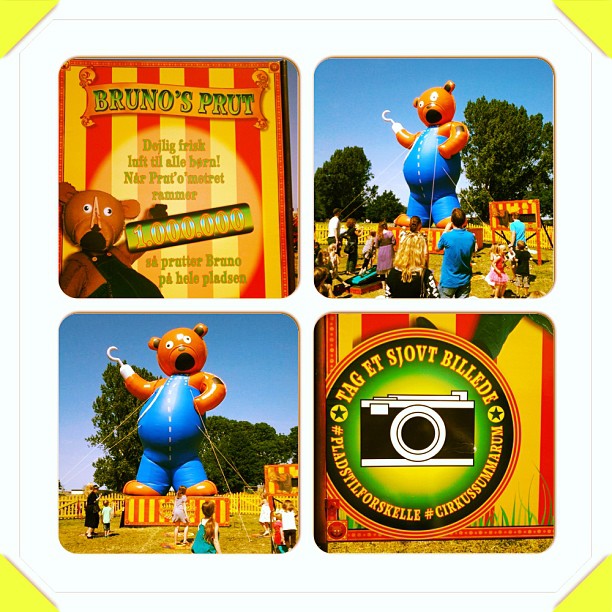 Beyond being at public view the figure has a unique function, which gets the children going.

The figure is equipped with a “fart-o-meter”, which is used to inflate Bruno.

To get inflated, the children needs to help by cycling and jumping, which makes the fart-o-meter rise. Until it hits one million – then the inflatable Bruno farts!

It’s a new and creative way to use an inflatable figure, which is fun for the children. It gives the figure a function, which the children actively can participate in.

Cirkus Summarum were great at using the figure in their online identity, which can be seen on the pictures to the left.