Inflatable bus picked
up all the attention

A floating bus made a statement about

At the annual ‘Peoples Meeting’ on Bornholm, Denmark this inflatable bus helped HMN Naturgas draw attention to themselves and the future within busses, when their floating bus worked as the perfect eyecatcher.

With a message about busses, which drives on natural gas, the bus took off. And it took off above the Danish top politicians, who followed tradition and attended the Peoples Meeting.

It’s eyecatchers like this floating bus, which draws great attention at events like the Peoples Meeting. And it worked for HMN Naturgas, who drew people into their tent with the bus leading the way. 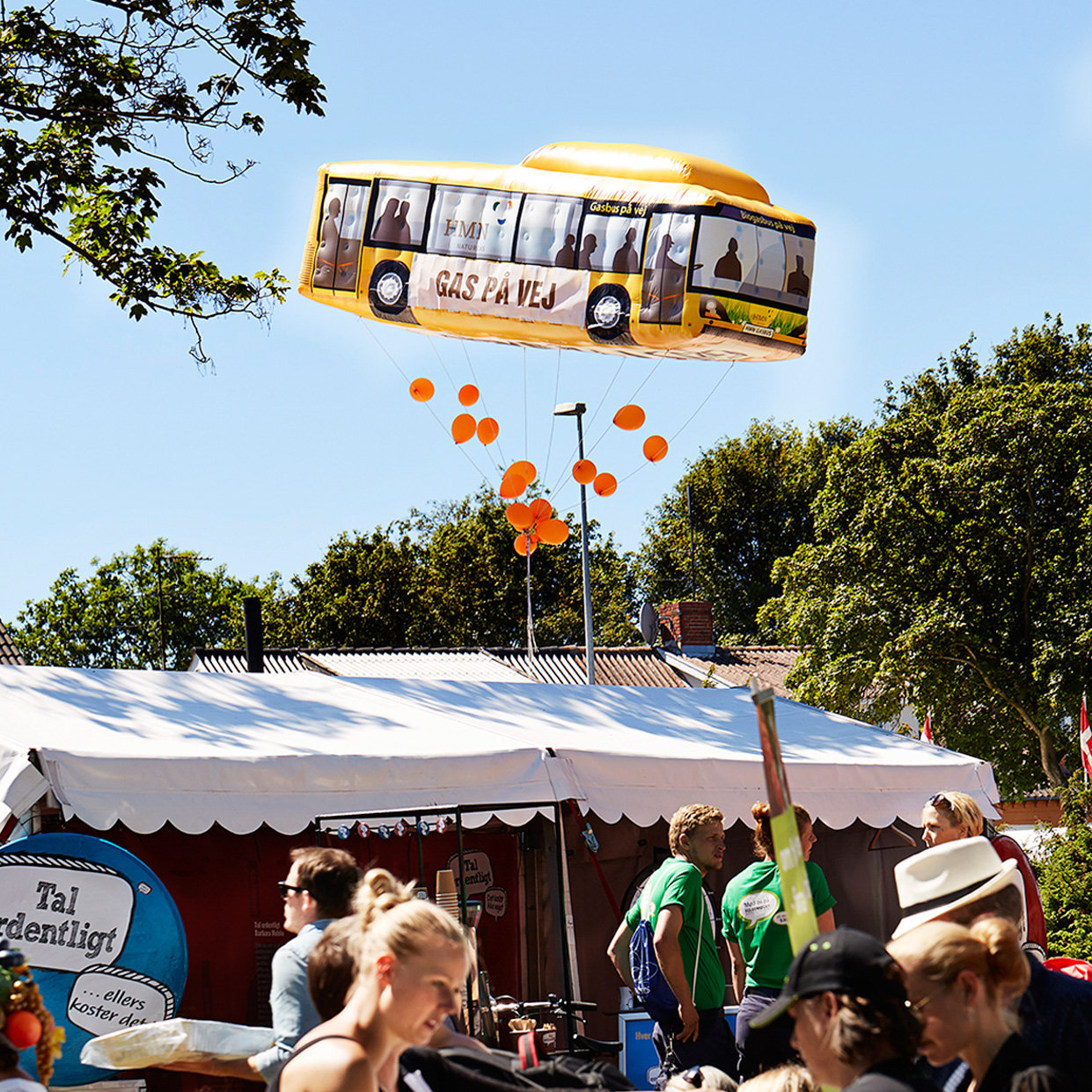 It was a great eyecatcher, and it made it possible to start conversations with bypassers about how you can use natural gas. We had it in four metres height in front of our tent, where people really could see it. It also worked as a advertisement column for our events in the tent, because we could put different signs on it.