4 years had to pass, from when Ibsens Fabrikker struck the first sketch points of this inflatable arch until players from Herning Blue Fox ice hockey team could skate out through the gap of the nearly 7 meters tall inflatable fox head.

The blue fox is the club’s mascot, and it would therefore be natural to use it as the perfect eye-catcher at the team’s home matches.

Sport and sponsorship from local businesses go hand in hand. This is why it was important to give sponsors of Herning Blue Fox the opportunity to advertise directly on the spectacular inflatable entrance. In all, the fox has 9 velcro squares on which you can hang advertising banners.

It takes the helpers at KVIK Hockey Arena only 2 minutes to break down the giant inflatable arch and transport it away from the ice. 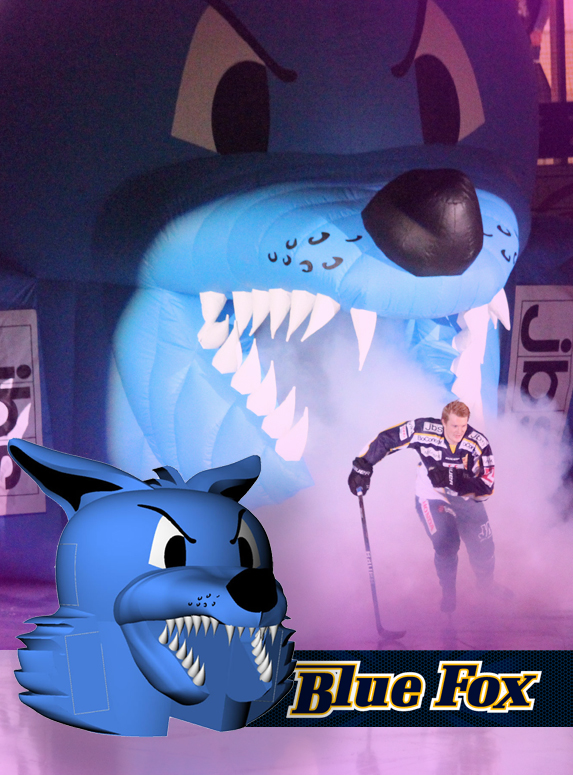 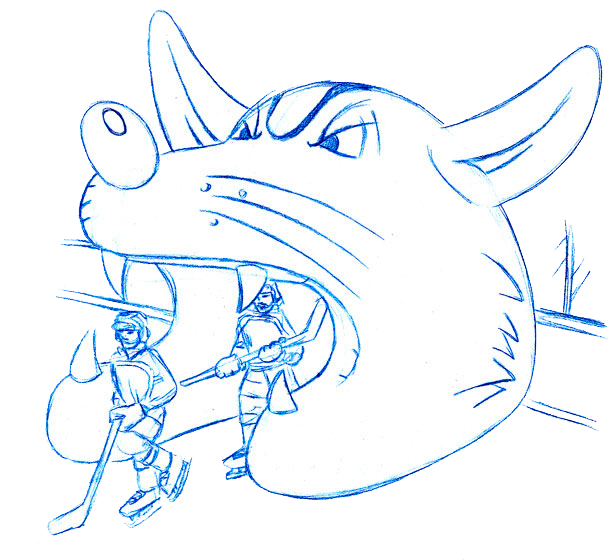 "When we presented our supporters for the spectacular inflatable entrance, the atmosphere was fantastic. Our supporters are proud to be part of Denmark’s most successful hockey club through the ages – and we want to be known as the hockey arena that delivers not only the best games – but also the best entertainment up to the match, during the match and during breaks."