Ironic viking took the stage at the European Swimming Championship of 2013.

In 2013 the European Swimming Championship was held in Herning, Denmark. Among the world elite in swimming, one was a bit different.

The mascot Harald Bluetooth were everywhere at the Championship! The pale viking walked among audience and swimmers, and there were Harald Bluetooth-teddies for every swimmer on the podium.

It is a very unique mascot, which displays a bit of self irony. The pale, ginger viking in red and white boxers is comical and funny, while he represents both Denmark end the European Swimming Championship. 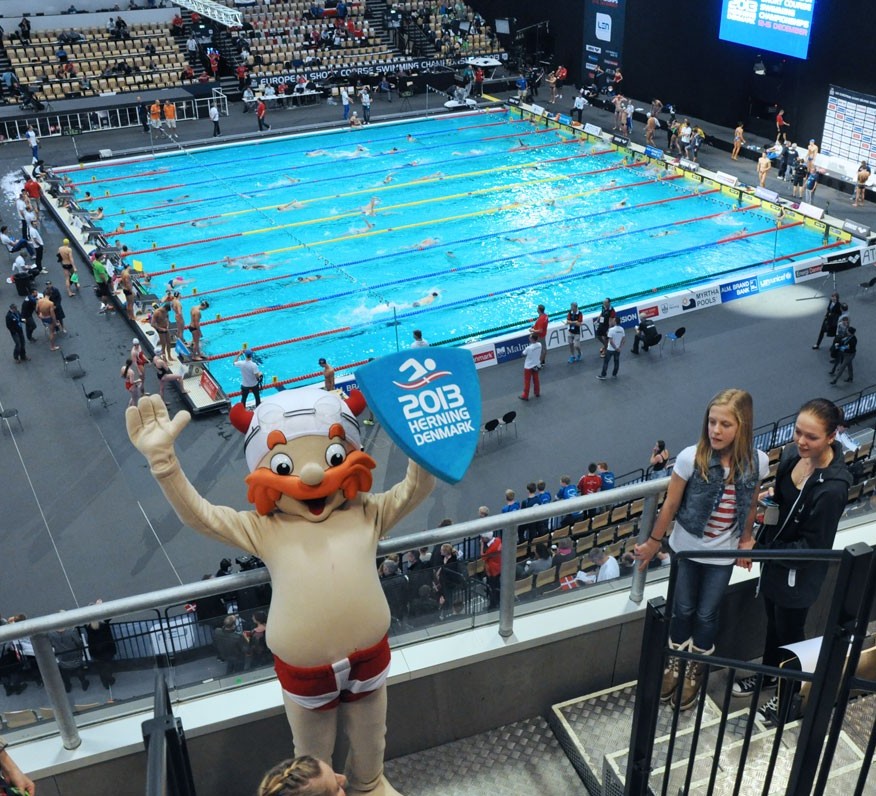 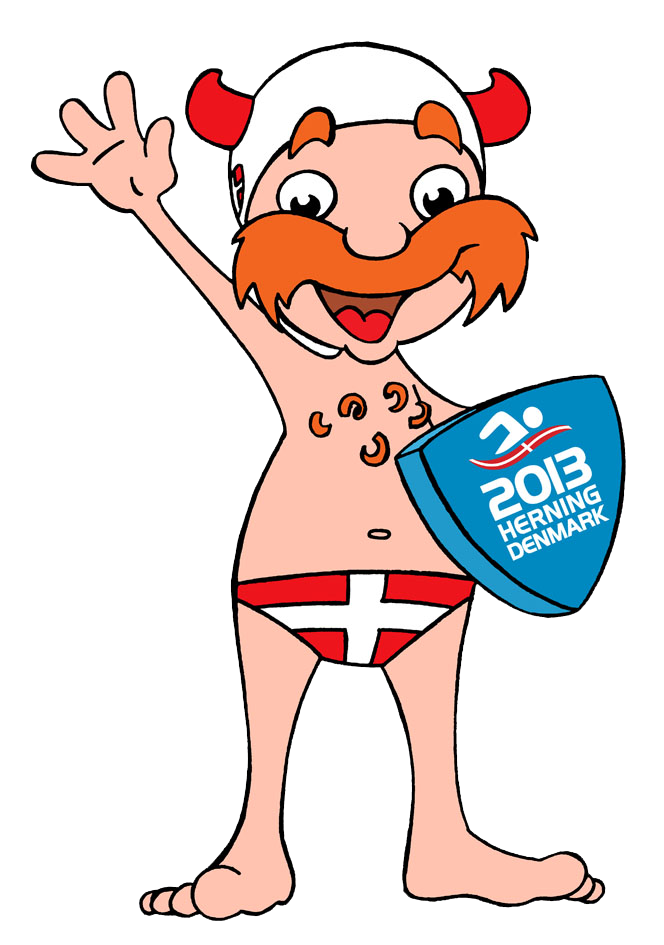 Harald Bluetooth wasn’t just a part of the physical event. He was online, where his name actually was found in a competition.

A mascot is great to communicate through, and Herning Kommune and the Danish Swimming Union did well doing that online.

It was an amazing way to use a mascot. Harald can make a connection with the audience in the arena and on the social media. People snaps a shot of the mascot and share it on their personal profile. It gives an extra dimension to the universe of Harald Bluetooth.

That gives the people seeing Harald Bluetooth on social media a great association to swimming and this event.

"We experienced great teamwork with Ibsens Fabrikkerfrom developing the idea to receiving a Harald Bluetooth mascot costume. There were alot of opinions on, how the mascot should look, and I can proudly say, that we ended up with a creative and different mascot. Harald is a happy, swimming viking, and he is well-known in the Danish swimming community as a cheerful mascot. I can with ease say, that Harald has been a great investment for this event."

Do you need a unique mascot?