A cozy Dino is going to appeal to the small ones. ABCity.dk is an online, Danish learning universe made for children.

They appeal to the 4 to 7 year olds. And because of that a mascot figure is an obvious choice, when social marketing comes into the picture.

The people behind ABCity contacted Bamsefabrikken with a wish to make a mascot out of the figure Dino.

It became a mascot and one of the most well-made and extreme ones in the history of Bamsefabrikken.

Dino is mascot-ified in a big and great costume, which is often used for events and competitions.

Beside being the mascot of ABCity, Dino is a part of the learning universe. He’s a popular figure, which is shown on large parts of the site. 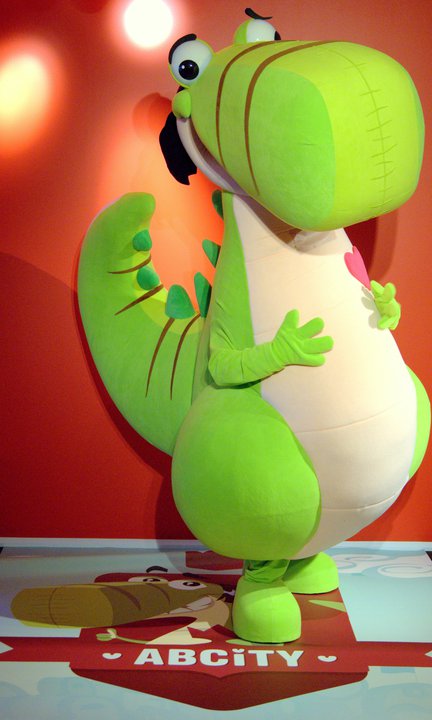 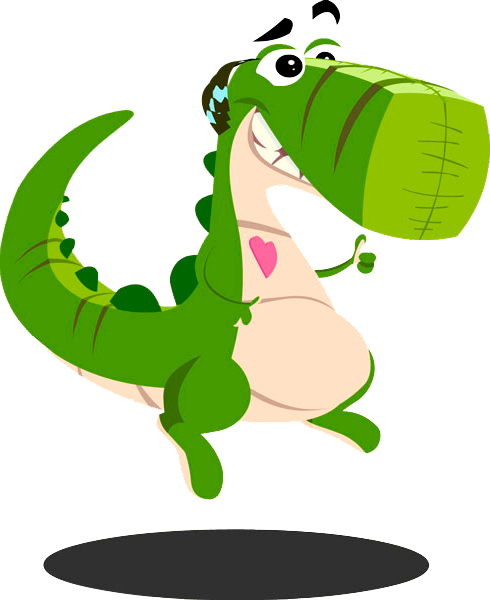 For an online universe such as ABCity it’s important to get out and meet the children in real life, which the mascot Dino really helped doing.

He is a big part of their Facebook site, where he actively is used to reach the fans of the site.

That is an amazing way to promote the company mascot, and it creates a special type of atmosphere surrounding the mascot, when it is used for a Facebook site e.g.

Now Dino isn’t just to be found in the virtuel learning universe, which ABCity consists of. The children can also meet the mascot on Facebook and in real life!