We showed the way in inflatable replicas,

when Akzo Nobel needed a new form of advertising.

We delivered inflatable replicas of brands like Pinotex, Sadolin and Nordsjö, all of which are a part of Azko Nobel group. Giant replicas are real eye-catchers and good advertising.

The campaign was touring around the country and attracting attention as an eye catcher in the country’s DIY stores. It was therefore important that the advertising would be:

– Mobile and easy to move from A to B

– Easy to set up for the employees in the stores 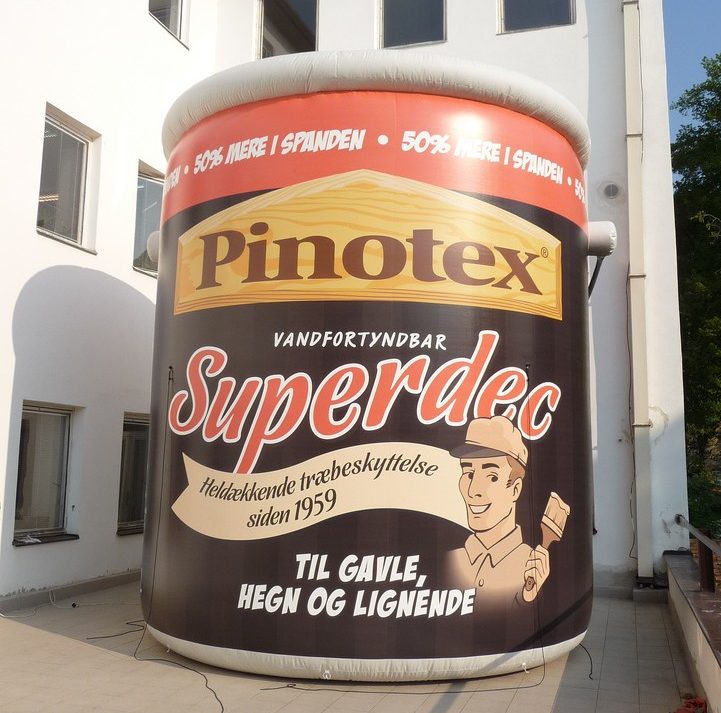 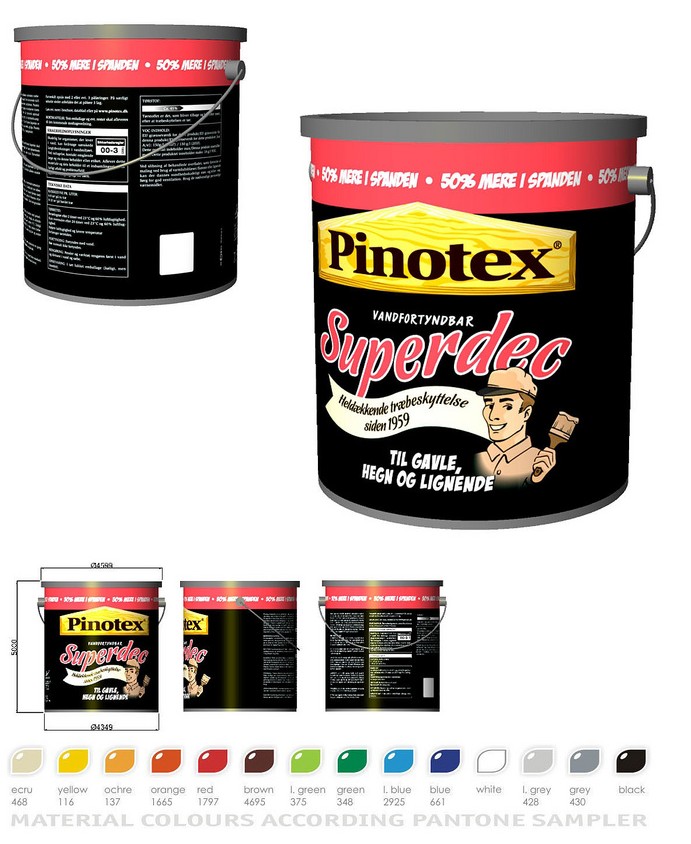 The inflatable effects were a huge success during the summer of 2008 – and the products sold! Everybody was reminded to buy paint and wood oil for the many small DIY projects at home.

You can get your hands on inflatable replicas as well. If you have a product, you want people to know about, it’s the right way.

You can make an impact in the supermarkets or at different events.