PR stunt with a giant condom

The kinky kind of eye-catcher.

The condom gets a new name – Johnny. It has to be “cool” to use a condom, and therefore the AIDS Foundation re-launched the condom under the name Johnny in a PR stunt on World AIDS Day.

Along with Johnny by AIDS Foundation, AIDS Foundation also opened the Johnny.dk webshop, where there were the opportunity to seek information, buy Johnny’s and receive them in an unmarked envelope.

We were approached in order to produce a giant inflatable condom. We solved the task in 20 days from our first talk with AIDS Foundation.

It will more often than not take a lot more time, but AIDS Foundation was working with a tight deadline.

The bypassers doing Christmas shopping were turning their heads, and there was plenty of giggling coming from interested teens.

All in all, this PR stunt did exactly as intended, which was to generate publicity. Next day the condom was featured in most Danish newspapers. That’s a PR success. 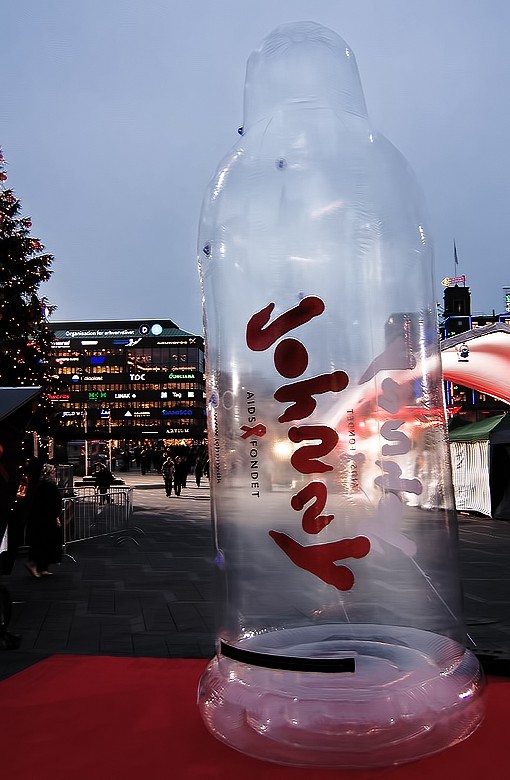